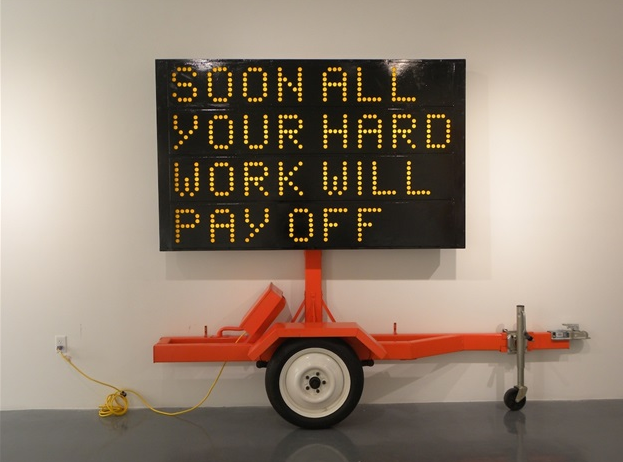 I used to work in a culture of long hours, it was par for the course, the nature of the marketing and advertising industry. I accepted it, after all it was a great job, well paid, I was having fun, surrounded by good people. Then when I ended up as an agency MD I carried on promoting the same hard work ethic. We value hard work, we believe in hard work, hard work pays the bills. I didn’t give it that much thought. Towards the end of my time working in agency marcomms, I moved out of London and commuted 3 days a week. I would leave my office at 6pm on the dot to rush to my train. I was pretty much always the first to leave. I knew what my colleagues were thinking. I’d be lying if I said I didn’t care. But I cared more about getting home to see my children and wife, particularly as I’d usually left that same morning without seeing them. The allure of hard work and long hours was fast waning. I left agency world a few years later but my experience made me reflect on its and my own failings and in particular the way in which these cultures of hard work and long hours are created and what they actually disguise.

Earlier this year leading UK ad agency Wieden & Kennedy announced a programme to address an industry wide culture of long hours and overworking by reducing their staff’s access to email in the mornings and evenings and trying to make a 40 hour week mean exactly that. It’s a sound idea. Volkswagen do the same in Germany while Daimler go further and delete emails sent to staff while they are on holiday. However, W&K’s efforts to start to address this major problem in the industry was also met with negative comments that they were all clocking off early. W&K had to wheel out their big guns who were at pains to stress that the email programme was obviously not an excuse to work less hard. W&K ECD Ian Tait continued the debate in his personal blog where he argued that to be creative people have to turn off and getting away from email is a key part of the process. And he’s dead right. But he too had to make the point that they were still working hard. ‘Hard work is not the enemy’ was the title of Ian’s blog. The problem for me is not just the criticism that W&K unfairly received but also the meaning and implication of this idea of ‘hard work’. I’m fairly sure that most people in knowledge/creative industries would say ‘hard work’ is synonymous with working longer hours than 40 a week, being always on and it often equates to high levels of tiredness and stress. Yet these are all the things that W&K are trying to change. Hard work doesn’t mean focussed and efficient for 8 hrs a day or less and then heading home. Hard work and its best mate long hours have become a lazy shortcut for asserting our value or definition of who we are. Work defines us, so working harder and longer would define us as more important/effective wouldn’t it? So whilst I think W&K’s plan is great (though I wonder why it isn’t mentioned on their revamped website?), I think that hard work is actually the enemy here because we need to reframe the way we think about what this loaded notion of hard work really means to us.

When an organisational culture is constructed around the notion of working hard the organisation is making a statement that it values the work above everything else. And that implicitly means valuing hard work above your people, clients above your people, profit above your people. This notion of hard work confuses what agencies are actually selling. Agencies aren’t selling hard work (though their clients of course want it), they are selling creativity and most importantly productivity i.e. results. This is why what W&K are doing is a good thing, by challenging a culture of overwork and long hours, they are making the agency a more creative place to work, their people more accountable and productive and therefore their business more effective. In the business of creativity and results you cannot construct a meaningful culture or client relationship purely around a notion of hard work. And when you try to change a culture of hard work you end up having to keep justifying the fact that honestly you are still working hard. The solution is to redefine the culture in terms of why you do what you do. Culture is made up of beliefs, values and behaviours and it is these that provide the reason why people work. People don’t believe in hard work for hard work’s sake. We don’t value abstract notions of hard work. We certainly don’t value working long hours. People value why they work and this meaning is rooted in individuality, self-expression, autonomy, achievement, recognition, authenticity, learning, self-development etc. That’s what you build a culture of creativity and productivity on. And of course it’s what clients want too. A culture of long hours and hard work is a cultural failure, it’s an excuse for not understanding how a positive, productive and meaningful culture is constructed. Culture needs a strategy, not just a series of distracting tactics, because culture is a central pillar of business development (in fact one of your primary pillars if yours is a creative business). If you don’t have a strategy for your culture then you have a gaping hole in your business strategy.

This issue is what is so culturally wrong with many marcomms agencies. It is why young entrants are forced to work absurdly long hours, why gender equality falls away after mid 30s, why people struggle to find meaning in the work and why many burn out. Because the work and the clients come first. Before your health, your motivation, your feelings, your wider life, your family and your purpose. In agency world people are your only asset, your creativity and your revenue, and agency culture should be constructed to develop those people to be as creative and motivated as they can be. Great work comes as a result of people loving their work, their colleagues and a company that provides them with meaning. Great work never comes from a culture that just pushes people to work hard and long and dangles the carrot of bonuses or free beers or massages on Fridays.

I’d like to see W&K push their programme further, as an independent they have the ability to lead the change in the industry. Smaller marcomms agencies like Red Badger, Mr President and Propellernet, to name but three, are well aware of these cultural and organisational issues and are blazing a trail for diversity, equality and creativity by constructing smart people-centric, productive cultures. These are companies that place people above profit, knowing that hard work and results will always come when their people love their work and find meaning in it, meaning provided by their employer. It’s an organisational strategy that businesses like Virgin, Southwest Airlines, Patagonia and Innocent have long adopted. It’s time for the established agency players to catch up because the talent drain and declining revenues are hitting them hard and it’s only going to get worse. Culture may not be the whole solution but it’s a big part of it.

Roland consults and writes about organisational culture, leadership and innovation.

If you enjoyed this, please pass it on. There’s more writing at www.wholer.co.uk/writing where you can sign up for an email update.